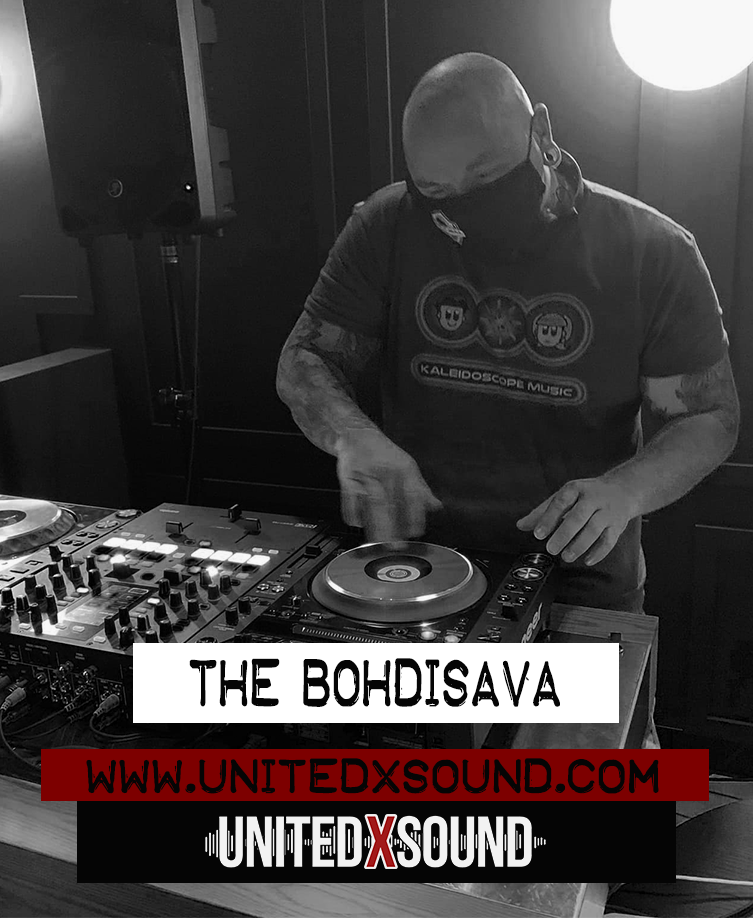 Based out of Saskatoon, Saskatchewan, Canada, he is a cofounder of Face First Productions, now known as F2 Collective. F2 Collective has a current DJ roster including: The Bohdisava (Can), FunkheayG (Can), Mr. Fudge (Can), Betty Wax (Esp), Smash Cox (Can), Snakeboots (Can) and Kno1 (Can). Although the F2 Collective always looking to expand its DJ roster.

With a nickname like BUDDHA it is not surprising that inspiration for name The BOHDISAVA originated from a book of Buddhist religion. Pronounced BOE-DEE-SA-VA, the definition BOHDISATVAS, means a being entitled to enter nirvana, but chooses to stay behind here on earth to help teach and enlighten others on the path to nirvana. An example of a Bohdisatvas is the Dalai Lama who is reincarnated to share his wisdom.